Outside Publications that Feature NTA Results

Report of the UN Economist Network for the UN 75th Anniversary: Shaping the Trends of Our Time, September 2020 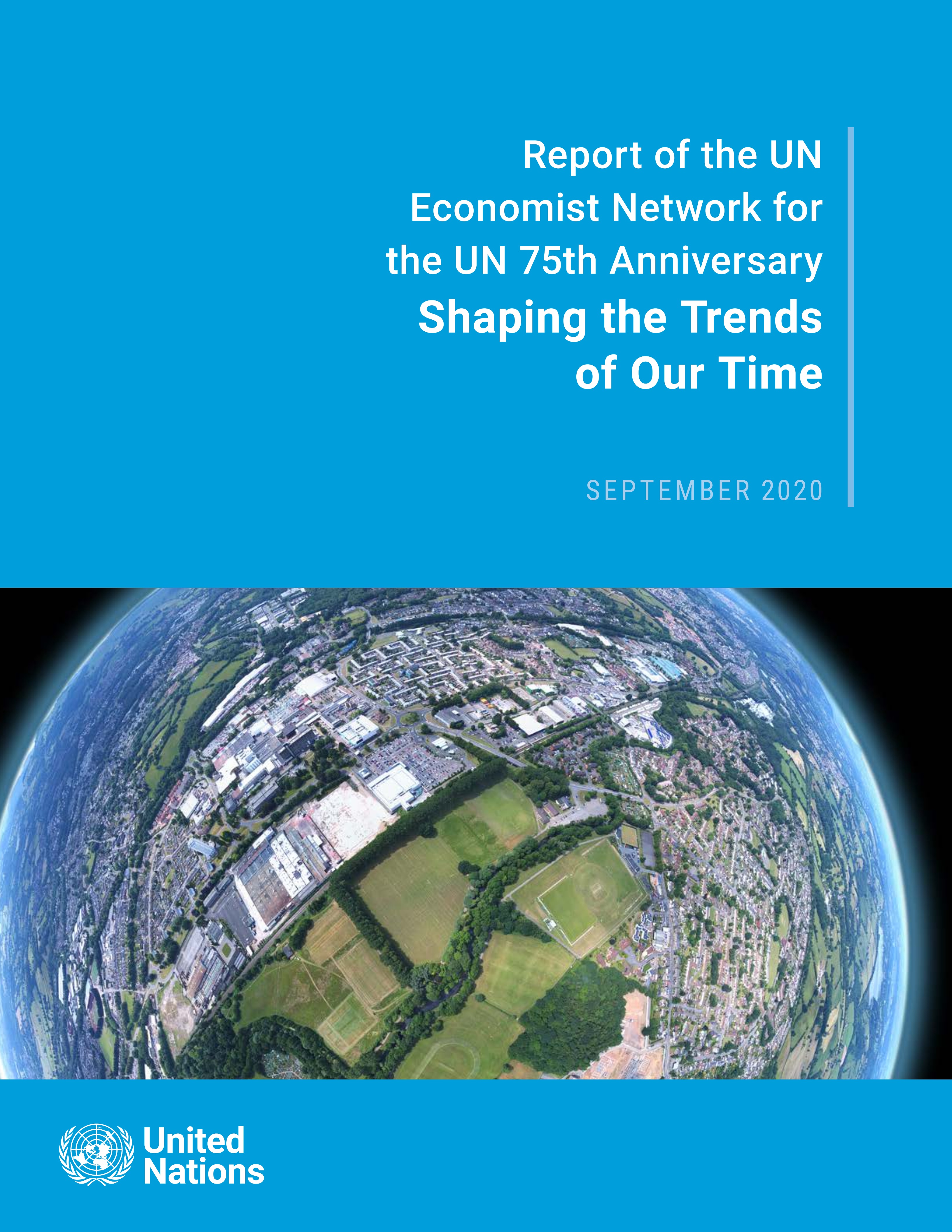 The United Nations Economists Network (UNEN) released a “global development megatrends” report during the General Assembly High-level week, that commemorated the 75th Anniversary of the UN. Chapter 3, "Demographic trends in an ageing world" includes reference to NTA data and analyses. The chapter was prepared with inputs from the Population Division (PD) of UN-DESA, the UN regional commissions, the UNFPA, UN-Women, UN-Habitat, FAO and UNCTAD.

Link to the UN report:

The Purpose of the Report is to present and discuss the most important results from the exercise of building the first Moldovan NTA estimations. It offers a general overview of the most salient features of the Moldovan inter-generational economy. The report has not been conceived to be an analytical or modelling tool per se, as NTA is an accounting database offering analysts and policymakers the data which may be useful for research and decision-making, including through the use of specialized economic-demographic models. Nonetheless, the database itself, the related standard indicators and the accompanying charts also offer valuable insights into the most pressing challenges posed by Moldovan economic and demographic realities.

Dashboard that presents NTA results in a user-friendly way: http://www.expert-grup.org/media/k2/attachments/NTA_EN_FINAL.swf

A website, co-hosted by the Bill & Melinda Gates Institute for Population and Reproductive Health at the Johns Hopkins Bloomberg School of Public Health and the Population Reference Bureau, prominently features NTA's work on the Demographic Dividend in Africa. The objective is to host resource materials available from a number of organizations engaged in research, advocacy, and policy work related to the demographic dividend. Organizations are encouraged to share their collective and individual contributions to the research literature and base of policy communication materials on the demographic dividend by emailing either a link or a PDF file.

A 2017 Working Paper by the Bank for International Settlements, authored by Charles Goodhart and Manoj Pradham.

2017 Working Paper from the Bank for International Settlements'''

In 2015, The Thailand Office of the National Economic and Social Development Board and the United Nations Population Fund-Thailand co-produced an infomercial on the implications of an ageing population.

Who Pays for Demographic Change?

2015 World Bank report on aging in East Asia and the Pacific.

National Transfer Accounts and Generational Flows, in Policy in Focus, published by the International Policy Centre for Inclusive Growth of the United Nations Development Program, Brasilia, 16 December 2014. The article examines demographic changes, intergenerational transfers, and their impacts on economic growth in several countries and presents some of the ongoing research being conducted as part of NTA.

Building a Modern, Harmonious and Creative High-Income Society was published in 2012 by the World Bank and the Development Research Center of the State Council, People's Republic of China. Carl Mason and Qiulin Chen from the National Transfer Accounts project prepared projections of China's public and private expenditures on health, pensions, and education to 2050, disaggregated by rural and urban residents. The graph below compares the proportion of China’s GDP spent on health care in 2010 (by age of recipient) to the proportion that is projected to be spent in 2030. It illustrates the sizeable effects that changing demography – both population aging and rural to urban migration – can have on social programs. As the graph illustrates, spending on health care in China is projected to rise to 8.1 percent of GDP in 2030 from 5.2 percent in 2010. NTA calculations also show that “public spending on pensions as a share of GDP could double and public spending on health increase by over 50 percent simply as a result of demographic trends”. The report emphasizes the need to reduce some elements of public spending while expanding revenue sources to accommodate these social obligations.