The Opening of the 11th Global Meeting of the National Transfer Accounts Network and the High-level Symposium on the Demographic Dividend and Africa's Development took place in Dakar, Senegal on June 20, 2016 at the King Fahd Palace Hotel. Participants were welcomed by Prof. Matar Mour Seck, Rector of the University of Thiès, Mr. Mabingue Ngom, UNFPA Regional Director for West and Central Africa, Professor Andrew Mason, East-West Center and University of Hawaii, and Professor Latif Dramani, CREFAT, University of Thiès.

Highlighting the benefits of child spacing and small families, the leaders stressed the need for people to be better educated on family planning. Having fewer children reduces the economic pressure on parents and allows them to invest in their children’s education and health.

Moreover, they called for higher spending on family planning, nutrition, clean water, and sanitation. “Governments should put in place sound macro and micro economic policies, policies which will be conducive to promoting and accelerating economic growth and rapid job creation” declared H.E. Jakaya Kikwete, Former President of Tanzania. Fighting corruption and ensuring good governance are also critical if countries are to reap the benefits of the demographic dividend.

The second session, on Women's Empowerment and the Demographic Dividend, featured a presentation by Gretchen Donehower, Senior Scientist, University of California-Berkeley and co-Director of the Counting Women's Work project.

Dr. Donehower presented evidence that closing the gender gap in labor income could generate a substantial "gender dividend" in Africa, which would enhance and extend the demographic dividend. The gender gap will only be closed, however, if policies are put in place that promote women's full economic participation and address the unseen reality of women's larger share of the burden of unpaid care and housework compared to men. This gender imbalance in unpaid care and housework is not just an African phenomenon, but rather a global issue that has a negative impact on women's well-being, access to education, and potential contribution to economic growth. Commentary was offered by Dr. Justin Koffi, Regional Technical Secretariat Coordinator (UNFPA/Sahel Women’s Empowerment and Demographic Dividend); Ms. Louise Cord, World Bank Representative of the Vice-President and Country Director for Senegal, Cape Verde, The Gambia, Guinea Bissau, and Mauritania; and Ms. Fatimata Dia Sow, Head of the Ouagadougou Partnership Coordination Unit.

High-Level Symposium on the Demographic Dividend and Development in Africa

The session on women's empowerment was followed by a High-Level Symposium on the Demographic Dividend and Development in Africa. The Symposium opened with a keynote address by the Prime Minister of the Republic of Senegal, H.E. Mahammad Boune Abdallah Dionne.

In his remarks, H.E. Mr. Dionne recommended improving policies and increasing investment in youth employability. His government has allocated $45 million to professional training. Addressing the issue of governance, H.E. Mr. Dionne stressed the need to eliminate costs, such as those incurred by corruption, and to strengthen the process of developing human capital.

Panel One: Demographic Dividends Around the World

A panel session on Demographic Dividends Around the World: Lessons and Perspectives featured presentations by Ronald Lee, University of California-Berkeley and Andrew Mason, East-West Center and University of Hawaii at Manoa.

Ronald Lee pointed out that the demographic transition changes the relative numbers of people at each age and generation. People give and receive support from others throughout their lives, in patterns that vary from country to country and region to region, as portrayed by National Transfer Accounts. After fertility begins to decline in the demographic transition, the share of children in the population begins to decline, freeing up income for other uses, and generating the First Demographic Dividend as the population share of workers rises. This Dividend is an important opportunity, but seizing it requires that the new young workers be educated, healthy, and employed. The regional age profile for Africa shows that children begin work relatively early and that youth generate relatively less income than in other regions, illustrating the challenges Africa faces. 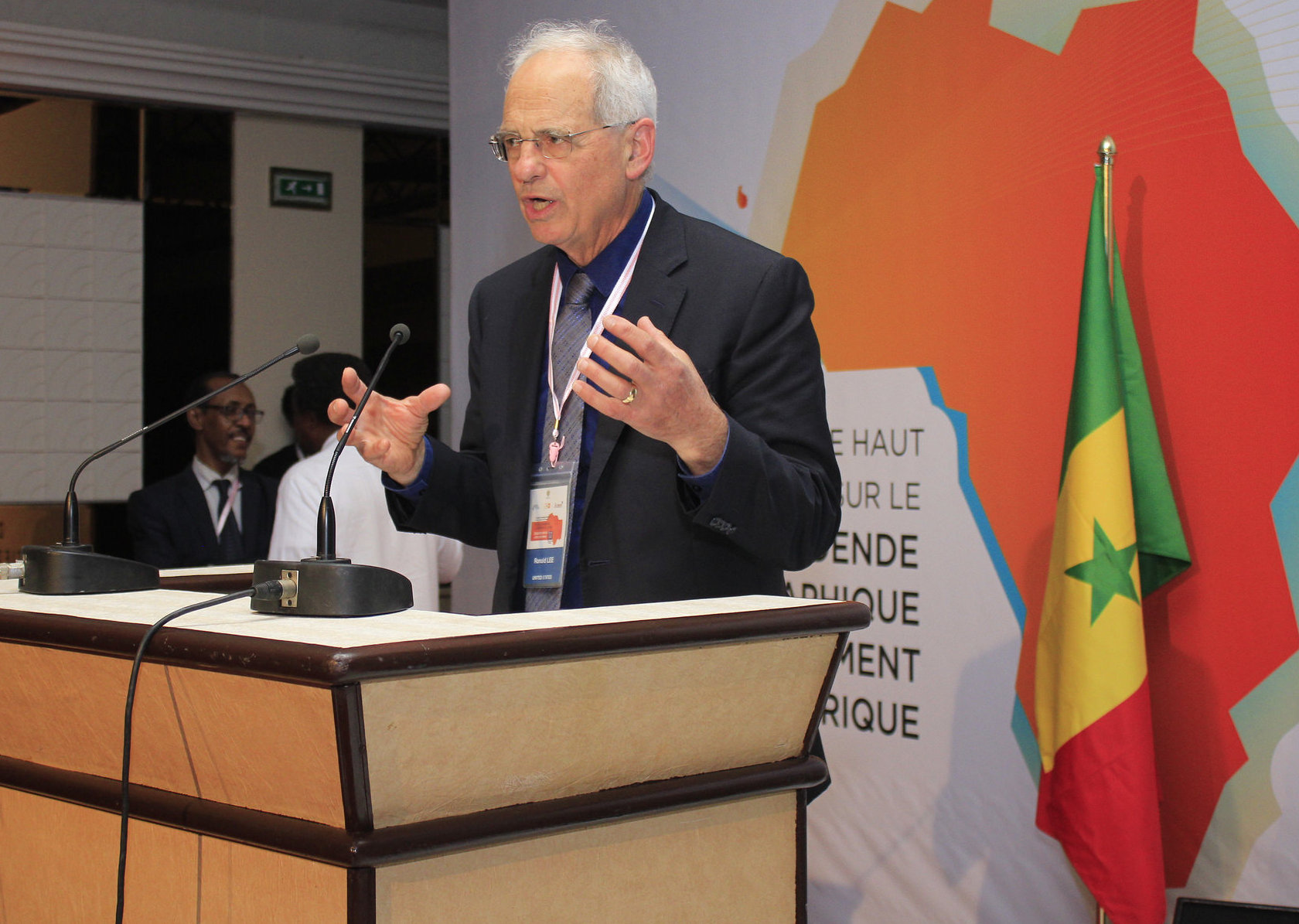 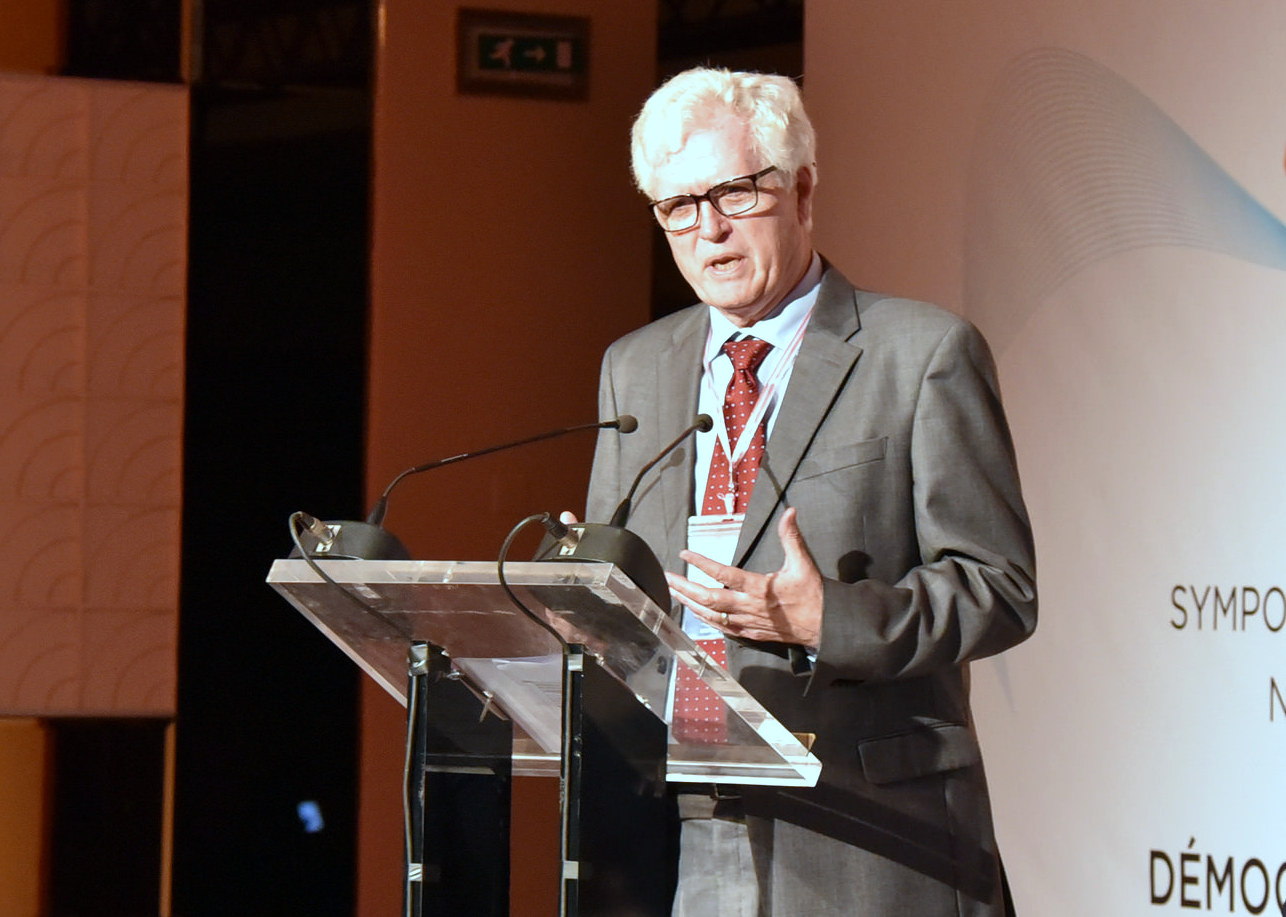 Andrew Mason discussed lessons that East Asia might offer for African countries hoping to capitalize on the demographic dividend. He stressed that the Demographic Dividend does not automatically lead to a higher economic growth path, but it does create unprecedented opportunities.

Prosperity in East Asia was achieved by a combination of many sound policies and favorable circumstances, but three features of the region’s development stand out. First, rapid fertility decline generated a large first dividend. Second, the dividend was used to raise spending on child health and education to very high levels. Third, a large portion of the dividend was saved and invested creating important new employment opportunities for young people just entering the labor force.

Panel Two: the Demographic Dividend in Africa: Policies and Interventions

The panel on the Demographic Dividend in Africa: Policies and Interventions brought together policymakers at the ministerial level, including H.E. Mariam Mahamat Nour, Representative of the Chairperson of the African Union (AU); H.E. Nana Oye Lithur, Representative of the President of the Organization of African First Ladies (OAFL); the Emir of Shonga, representing religious and traditional leaders; and members of the private sector and civil society.

The panellists highlighted the need to strengthen partnerships with stakeholders such as the African Organization of First Ladies, faith leaders, young people, women’s groups, the media, and communities to help African governments empower youth and end child marriage. Emphasis was placed on the vital role of faith-based organizations and community leaders as agents to drive change and advocate for the reduction of high fertility and the elimination of early marriage and other harmful practices.

This session sought to harness the wealth of opinions and recommendations from these leaders to support the implementation of large-scale interventions on the Demographic Dividend and the achievement of both the 2030 and 2063 Agendas. They identified four actions as necessary to trigger the Demographic Dividend: initiating demographic change, improving health, enhancing education for all, and promoting economic development and good governance policies.

The Opening and the High-level Symposium were co-sponsored by the West and Central Africa Regional Office of the United Nations Population Fund (UNFPA), the Centre de Recherche en Economie et Finance Appliquées de Thiès (CREFAT), the Center for the Economics and Demography of Aging (CEDA), University of California-Berkeley, and the East-West Center.

Note: This webpage uses pictures and text from the WCARO E-Newletter on the High-level Symposium. Their generosity is gratefully acknowledged.